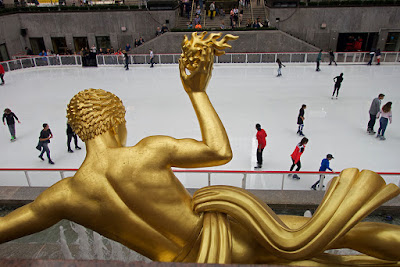 This is probably the most famous sculpture at Rockefeller Center.  It is Prometheus of the Greek legend who defied the gods by stealing fire and giving it to humanity, an act that enabled progress and civilization. Prometheus is known for his intelligence and as a champion of mankind.  The sculpture was commissioned in 1934.  It is bronze, which has been gilded.  And it is the centerpiece of the skating rink.  It is an absolutely stunning work of art.  Here are two views of the statue, as seen from behind, and from across the ice rink. 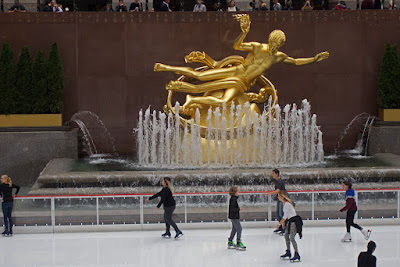