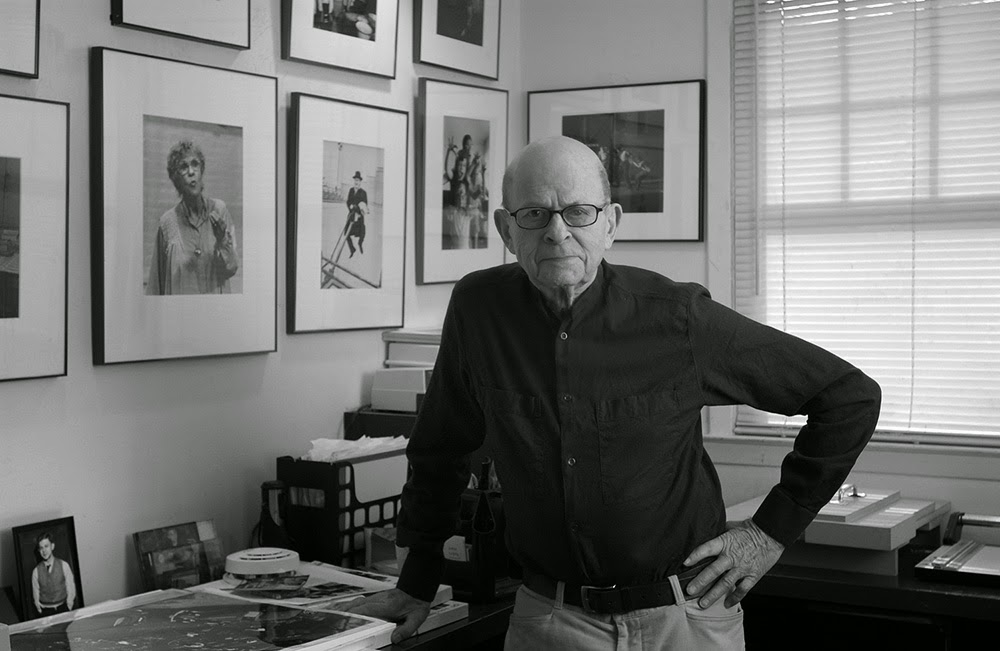 Arthur Leipzig, a legendary photographer and revered teacher died here at his home in Sea Cliff on Friday.  I have always known of his work, but if you can believe this, I had never had a chance to meet him, until I had an assignment to photograph him at his home in 2004.  It does seem strange that since we both live in Sea Cliff our paths had never crossed before this day. He greeted me warmly, and he knew about my work as a photographer.  I was so glad to meet him and we spent a fair amount of the afternoon spending time talking shop.  He was very generous and gave me some calendars and other items with reproductions of some of his photographs.  I did try and make him smile, but he said he would rather not be photographed smiling.  After the photo ran, If I recall correctly, I got a call from his wife, and they really enjoyed the portrait and asked for a print.  The original photograph was in color, by the way, but it seems more appropriate to run it in black & white because much of Arthur's work was in B&W.
Posted by Ken Spencer at 6:53 PM

Very Sad. I too got a chance to see him speak and he was kind enough to let me photograph him as well. https://www.flickr.com/photos/photodudeimages/6292247530/ He was an amazing photographer and a true gentleman.

I remember you showing me that photograph.

You undoubtably savored the moment you had the opportunity to photograph this very respected world class photographer. It is interesting that Arthur Leipzig did not want his portrait to be captured with a smile. Do you you think is was because he was a serious photographer and wanted to be remembered that way? Leipzig's death was mentioned in today's edition of Charleston's newspaper, The Post and Courier. The article did not include a photo - your black and white image would have been the perfect addition to the story!

My sense was that he wanted to thought of as serious. Personally I like the idea of smiling, so that people might think I am a nice guy... :-)