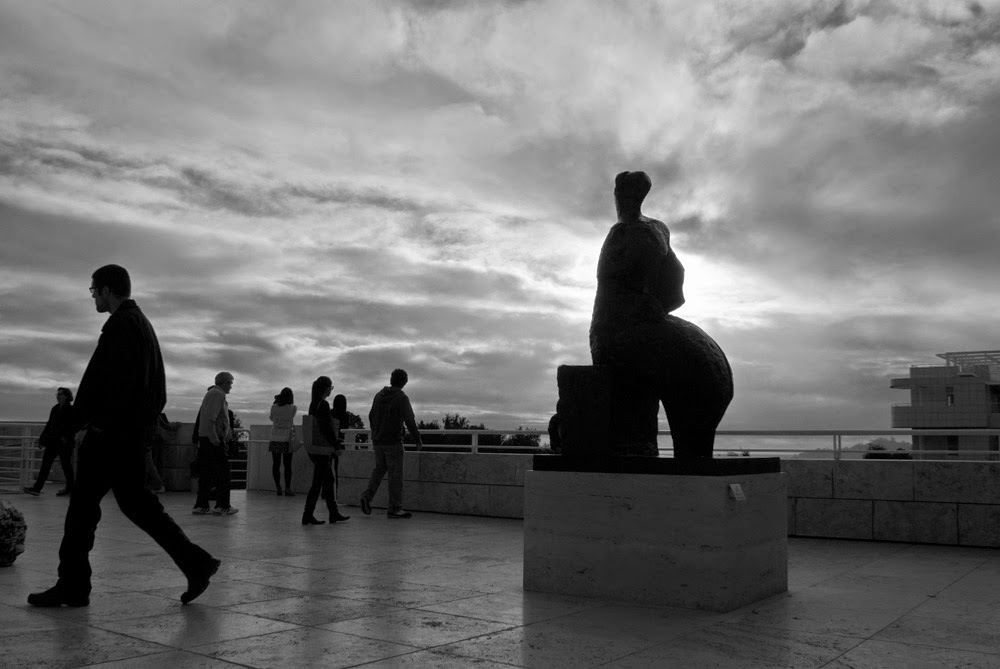 There is a stunning photographic exhibit at the Getty Center.  It is called "Josef Koudelka: Nationality Doubtful."  He has been a photographer since the late 1950's, shooting only black and white film.  He first covered the invasion of Prague by the Russians, then he did a photo essay on Gypsies, and later on panoramic photographs of the devastation of coal mining, and of the wall dividing Israel and Palestine.  The richness of his prints is just amazing, and I left wanting to see if I could recreate in a digital image, the sense of black and white film shot in a camera.  So this is one of the plazas at the Getty, and this image started out as a color photograph, and then I worked on it some, to get to this image.  It is not exactly the same, but it has some sense of what I felt in the exhibit.

I like it in black & white. Great sky!
Joan