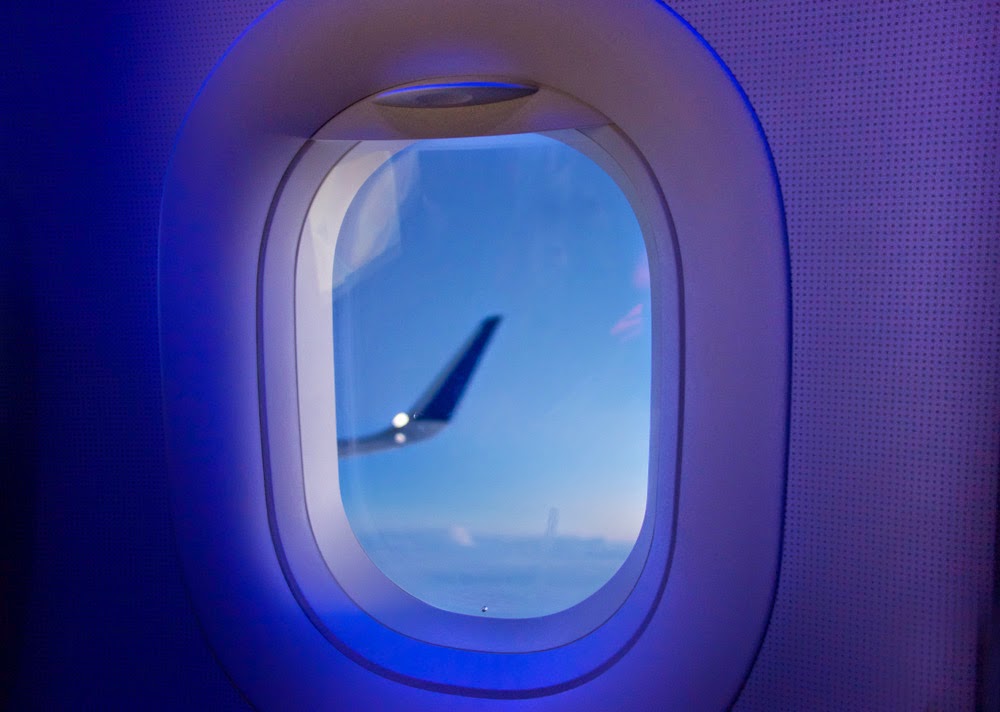 It was late in the afternoon after flying more than half way to New York.  The sun had set perhaps half an hour before, and of course it set at a very rapid rate, since we were flying away from the sunset at nearly 500 miles an hour.  Everything out the window was deep blue, and then I noticed that the JetBlue aircraft have blue lights in the cabin.  I looked at the window and realized that everything was blue.  So I took a shot out the window, showing the very end of the wing, and the vertical winglet that sticks up at an angle from the wing.

A great capture -some fantastic shades of blue.