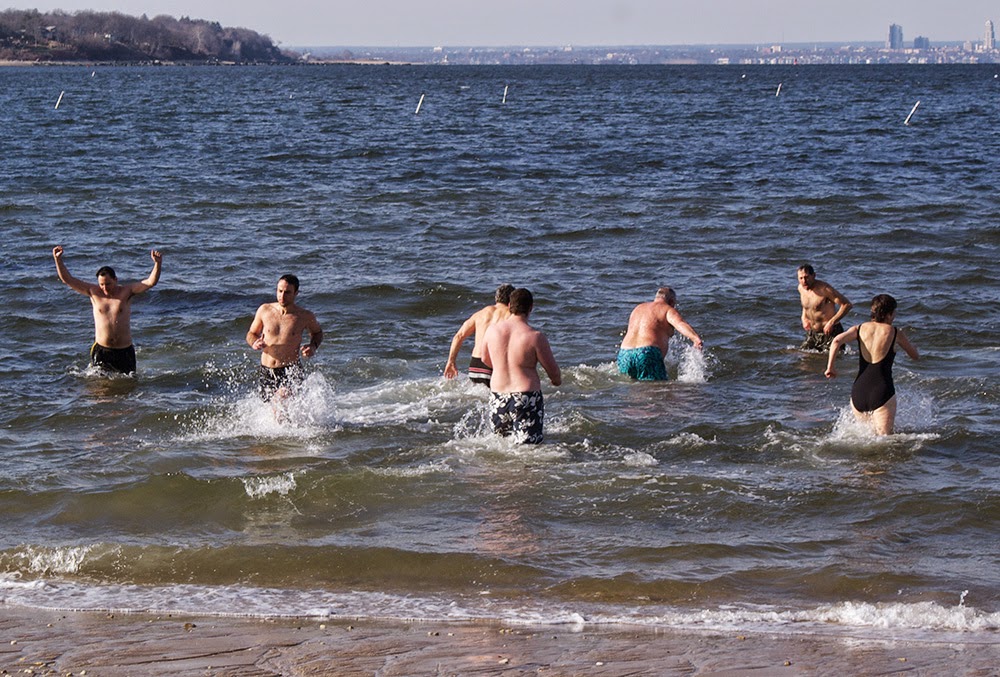 Another New Year's Day tradition in Sea Cliff.  I don't know if it is called a "Polar Bear Swim" or not, but it has been going on for a long time.  You will be surprised to know that I have no interest whatsoever in taking part in this.  I think about 10 people took the plunge.  Brrrrr...  But the coolest thing was that two women took part, and one of them won my fashion award for the day.  Not only was she wearing a hot pink bathing suit, but she had on long formal pink gloves!  Here she is posing for a photograph with her friend. 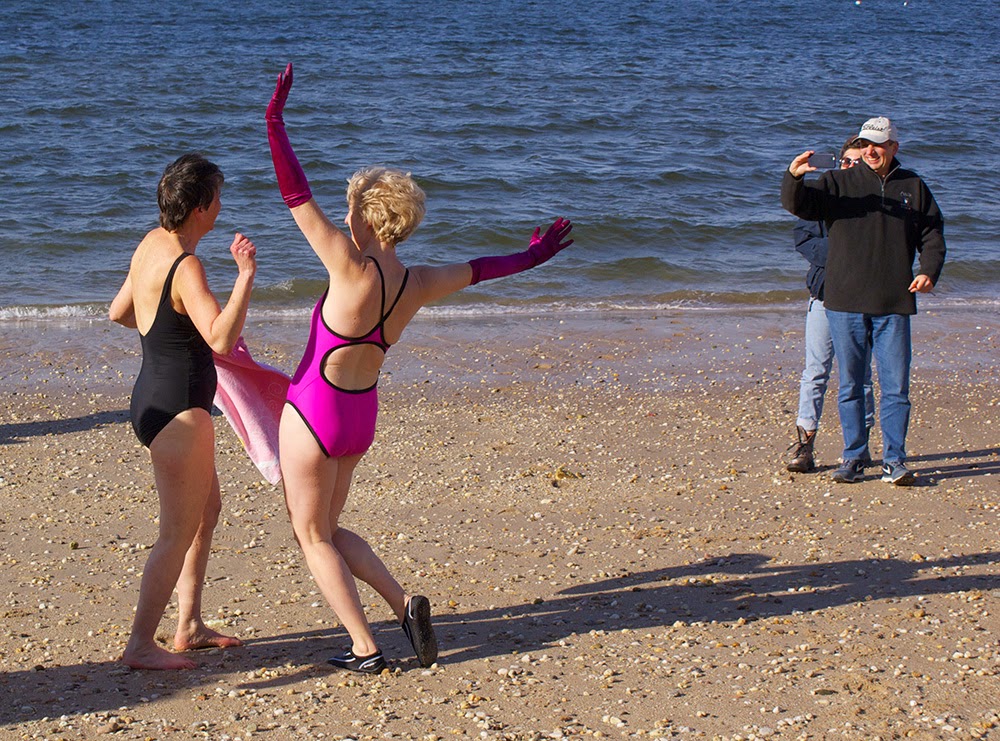 Great suit and gloves!! Too cold for me! bsk

I thought that outfit lifted the whole exercise to a new level. But, Brrrrrrrrrrrr...