The Soldiers and Sailors Monument 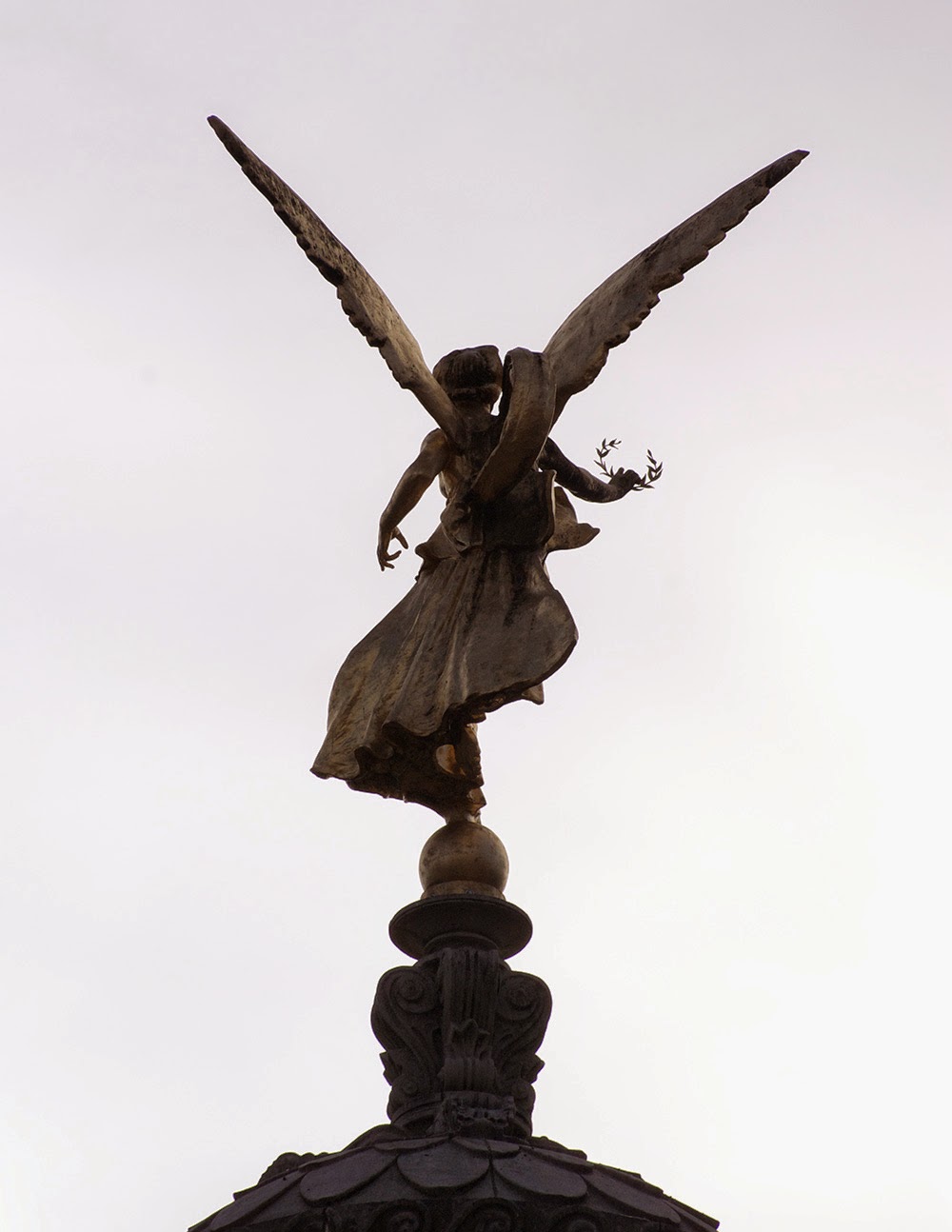 I came into New Britain, Connecticut, and as I turned a corner on the way to the New Britain Museum of American Art, I saw this silhouette in the sky on top of a really tall monument.  Wow!  It was huge and I realized I needed to stop and see what it was all about. 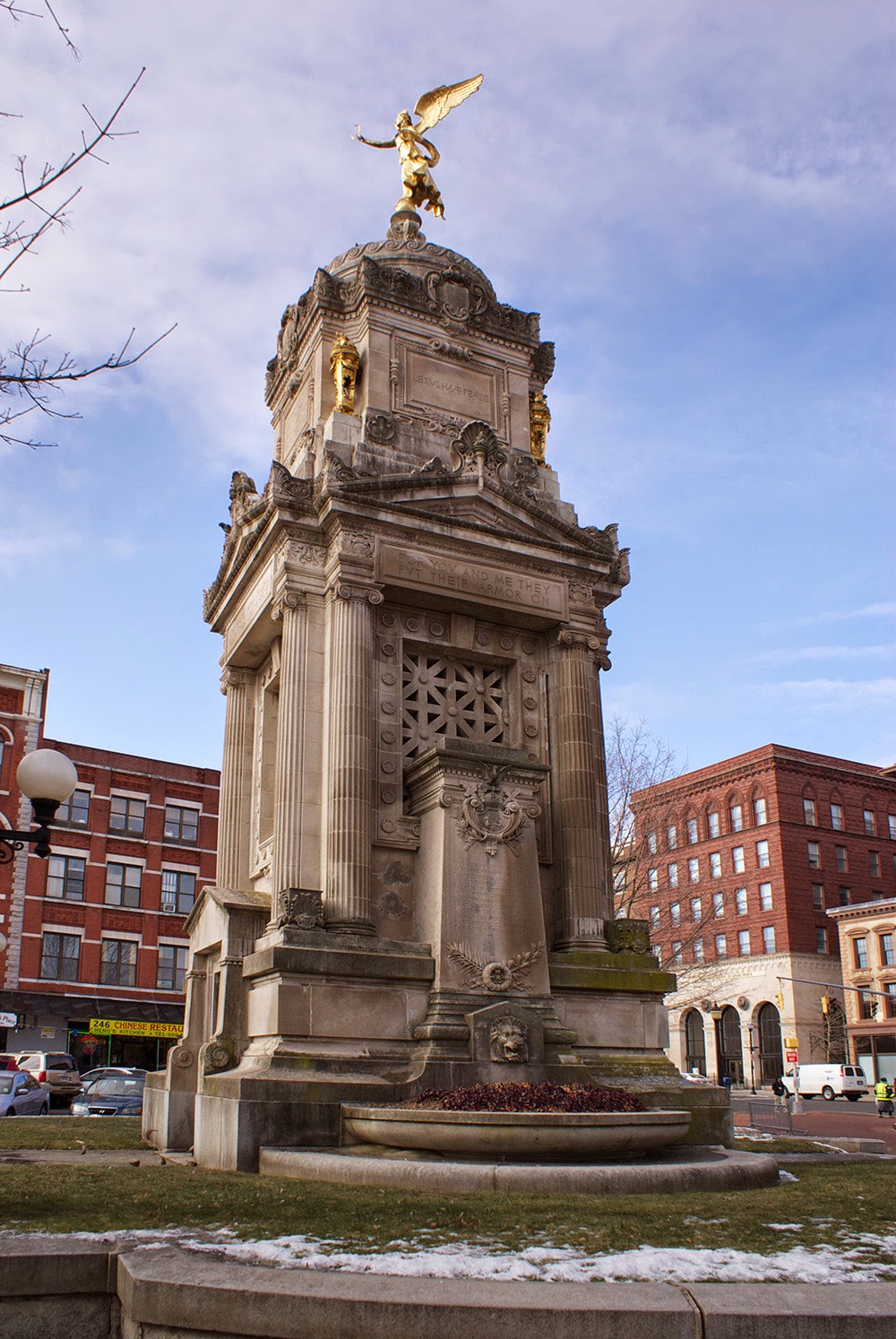 So this is what the monument looks like.  It is 51 feet tall, and was constructed in 1900.  It was dedicated as a lasting monument to all those who served the “War of the Rebellion”  - the Civil War.  The winged figure of victory on top typifies the reconciliation between the two sections of land which were at strife. 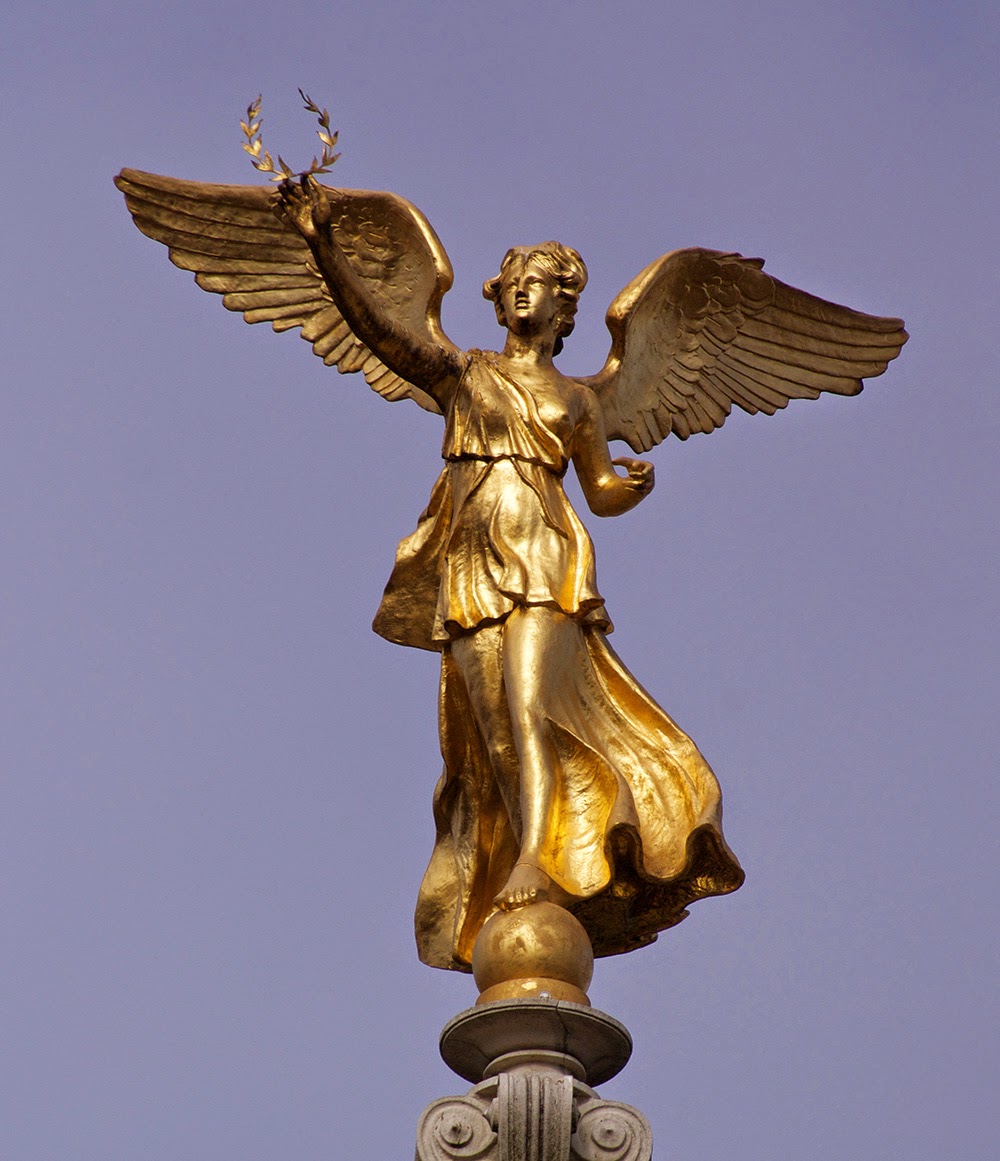 The monument was recently restored, and Winged Victory was replaced. There are inscriptions on each of the four sides of the monument, and they seems poignant because of the  style of speech.  Here are the words:  "For you and me they put their armor on,"  "They joined the mortal struggle and went down," "For you and me they stood in grim array," and "Oh rare and royal was the sacrifice."  What an astounding memorial - it is really impressive to see in person.  Please click on each picture to see everything in more detail.

Now that I'm an Official Southerner (having attended a NASCAR race), let me correct your use of terminology. It was not the "War of the Rebellion". In fact it was the "War of Northern Aggression". That statue clearly shows poor sportsmanship - flag on the play.

Dude! Wait! You LIVE in Florida, and you think that makes you a Southerner? I got news for you... :-)

I am glad you showcased the monument. You seemed so excited after you spotted it and told me you took photos of it. It really is impressive. bsk