The Warm Glow of Electronic Screens 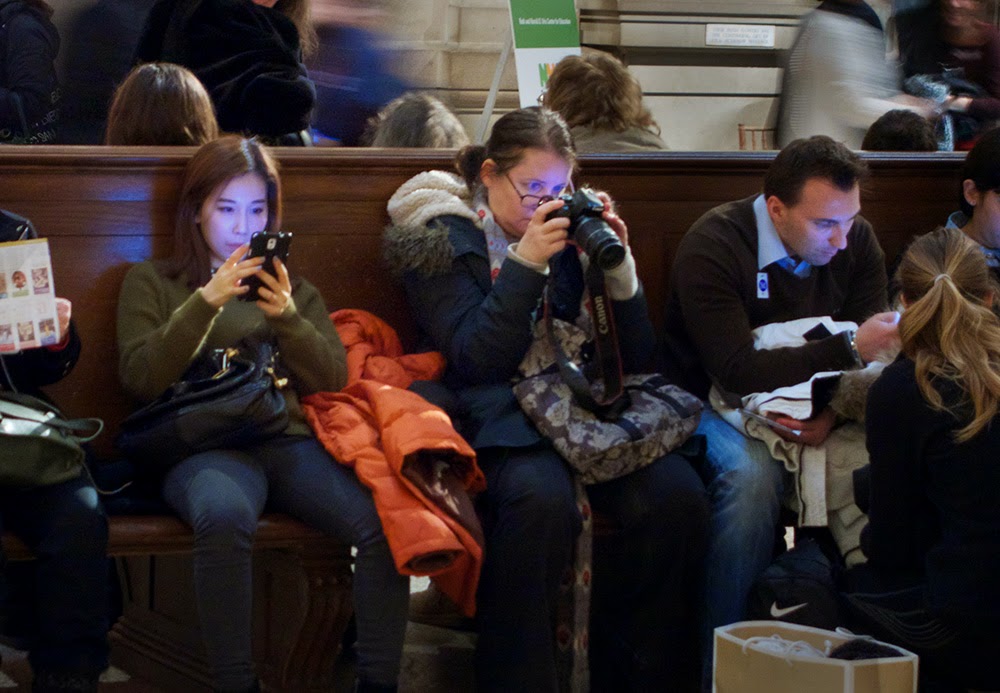 I was standing in the line for the coat check to retrieve my jacket, when I saw the young woman's face brightly lit by her phone.  Then I noticed the guy next to her whose face was illuminated by the screen on the back of his camera.  I grabbed my toy camera, on my belt, and started shooting.  The problem was that this was in the lobby of the museum, and  there were people walking back and forth between me and the people on the bench.  Also, I didn't have the ISO set high enough, so I was at a slow shutter speed.  I managed to shoot about 6 or 7 frames in between people.  Only ONE was sharp!  Whew!  It was only then that I notice the third man, on the right, also illuminated by a screen.  I won the trifecta!

Did these guys have your coat when you handed them the ticket?

Yes they did. They always do! :-) That's what happens in upscale establishments like this. And I was wearing my bright red replacement jacket!