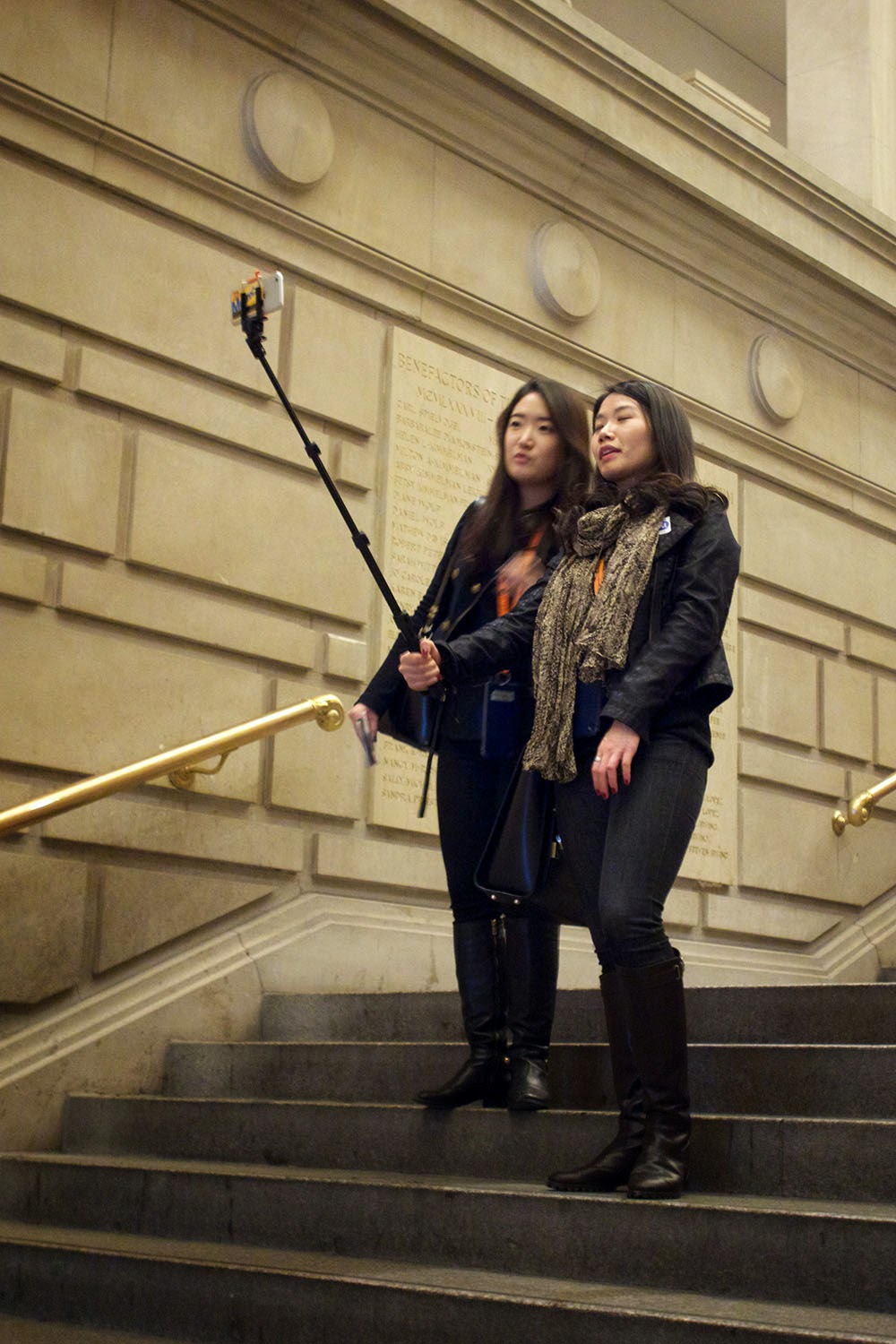 When I was at the Met a week or so ago, I was coming up the main staircase, and saw these two women doing a "selfie" with a "selfie stick."  First time I saw one of these was at the Santa Monica Promenade where a father was doing a family shot.  I wasn't fast enough to get a shot of that, but I have been on the lookout ever since.  So I snapped a few photos of these two, then one spotted me and started laughing, so I went over and talked with them a bit.  So this morning I opened the newspaper and saw a story that selfie sticks have been outlawed in most museums in New York!  Their concern is that someone might damage an artwork because they are so interested in getting their picture taken!  The Met, so far, is not one of the museums who have banned these.

I never knew these existed! Great invention as usually you the person's arm reaching out.
Joan

I guess people with short arms are at a disadvantage.

These things are actually a brilliant idea. If you have a group of 3 or 4 people and stretch your arm out to do a selfie, the person's head closest to the camera is twice as large as the furthest person away!