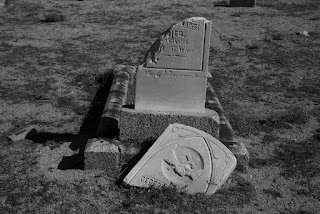 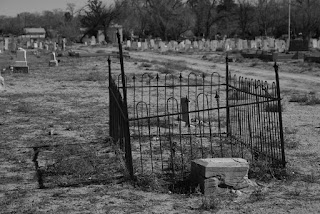 Our friend Rush told us of an old cemetery in Albuquerque that was quite neglected, and I immediately said that I would like a chance to photograph it.  We found badly neglected headstones and other ironwork that surrounded graves.  The  graves had probably been neglected because they were so old, many from the 1800's.  There were also really nicely kept gravesites that had fresh white paint on the fencing, and colored decorations and fresh flowers.  I didn't go near those sites because I didn't want to offend any of the families that took care of them.