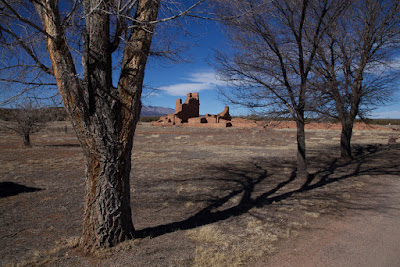 These are the Spanish Mission ruins at Abo, one of the four sites that make up the Salinas Pueblo Missions National Monument.  Originally the Native Americans had trade communities in this remote area.  In the early 17th century Spanish Franciscans decided to establish a mission.  But by about 1670, the area was devoid of both Indians and Spaniards. There was a mission church built here, and then later on enlarged.  But the structure also included a kiva, which is a room used by early Pueblo peoples for religious rituals.  It was really unusual for a mission church to have a Kiva in it.  The ruins are so photogenic that I had trouble editing the pictures down to just one, so here's a bunch.  The last image shows that the construction was stone, with adobe used as a mortar, and then the walls were coated with adobe.  The coating in this case has eroded over the years. 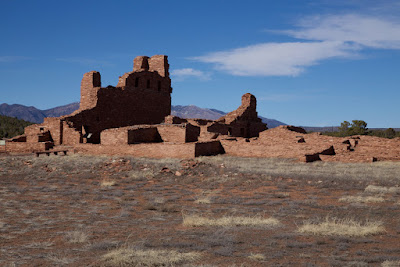 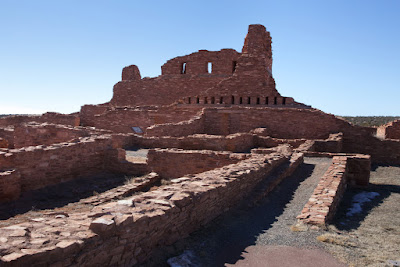 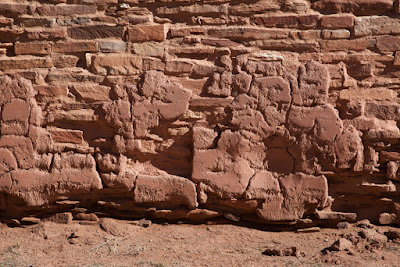