Keeping The Clouds Out 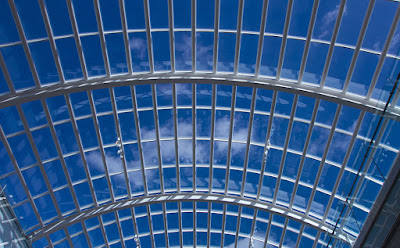 They have recently remodeled the Roosevelt Field Shopping Center in Garden City.  When I first came to Long Island in 1966,  the offices of Newsday were just across the street from Roosevelt Field.  Boy, have things changed!  I used to go there a couple of times a week, and now I haven't been there more then once or twice in six months.  I went there the other day to see the new Nieman Marcus store, and to see the facelift.  One of the surprising things was that I had never heard of half the stores that are there now.  I did like this greenhouse roof, though.