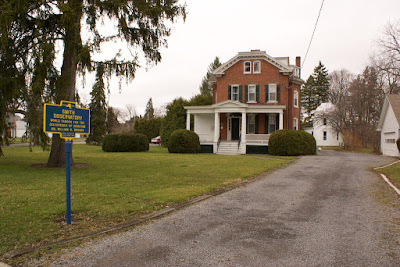 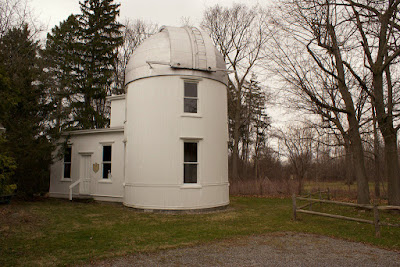 While driving around Geneva with Kathy and Vince and Joanne, we happened to drive by the famous Smith Observatory.  I had actually forgotten it was here.  It was built in 1888, along with a house for the astronomer, Dr. William R. Brooks, who was mainly noted as being one of the most prolific discoverers of new comets of all time.  He was attracted to Geneva by businessman William Smith who built both the house and the observatory for him.  Dr. Brooks Brooks went on to become Director of the Smith Observatory at Hobart College, Geneva, New York, where he lectured and undertook his astronomical research. His observations at the Smith Observatory produced 16 new comets.