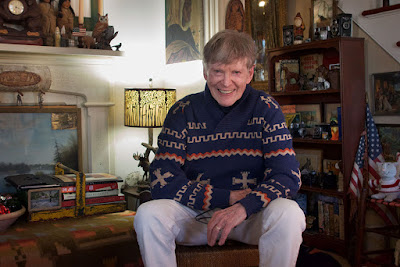 I had a most amazing day today!  Two friends who I worked with at Newsday and who now live in Indiana were in town, and they invited me to a lunch with several of their friends.  This is Will Hutchins and I met he and his wife at their home, in Glen Head,  about two miles from where I live!  Will Hutchins is an American actor who leapt to national fame in the lead of Sugarfoot playing the lead role of the young lawyer from the Oklahoma Territory, Tom Brewster. It aired on ABC from 1957 to 1961.  He went on to have parts in all kinds of movies, over a long career including two Elvis Presley films!  I had no idea that a film star lived so close to me! We all went to lunch and talked about old films and actors and directors and everything having two do with old Hollywood, all afternoon! 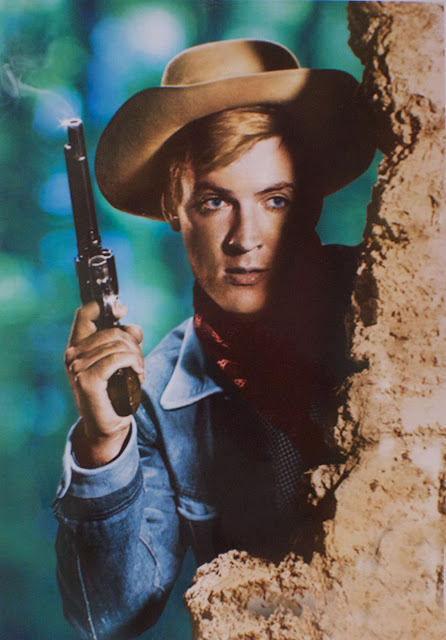 Will's wife Barbara has a collection of Hollywood still photos of Will during his career.  I loved this publicity shot of him to promote "Sugarfoot," which would have been taken in 1957. 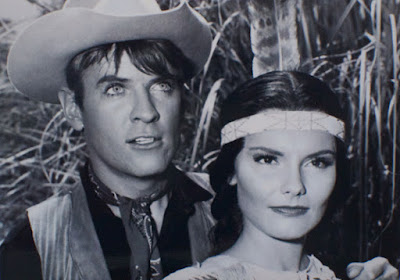 And this is another wonderful publicity shot from about the same time.  What a handsome guy!  And he and his wife are wonderful company and this gathering of friends made for an absolutely wonderful day.

I love the old photos of Will because this is the TV I grew up with. Nice that you could enjoy lunch with friends and new acquaintances.
Joan

Hello, Ken! Thank you for posting these photos! We had a marvelous time with y'all and hope to see you down the trail again real soon! The West shall rise again...and so shall the yeast! Yee-haw!!! Babs and Will (Sugar and Mrs. Foot)

It sure did, Ken. I don't think there was a second when somebody wasn't telling some fascinating story, or asking a question that led to somebody else's fascinating story. Will is a treasure, and so are you. Xo, Diane and Rich

What a fun way to spend the afternoon talking about "old" Hollywood movies and actors. I love your photos. betsey