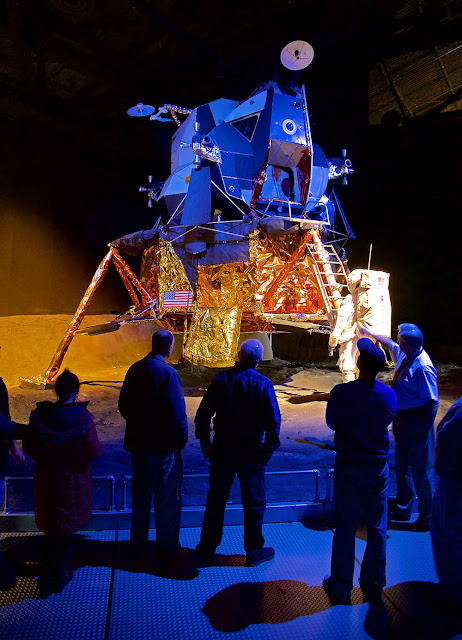 One of the exhibits we saw on Saturday at the Cradle of Aviation Museum was this Lunar Excursion Module, known as the LEM.  The LEMs were built on Long Island by the Grumman Corporation in Bethpage. During the Apollo Program, Grumman built 13 Lunar Modules, with six of those landing on the moon. The 13th and final Lunar Module was never flown and is on permanent loan from the Smithsonian Institution to the Cradle of Aviation Museum.  These are astounding pieces of machinery, and the The American Society of Mechanical Engineers has called these LEMs National Historic Mechanical Engineering Landmarks. 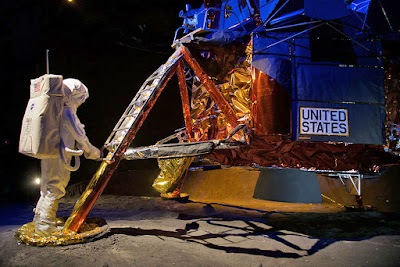 Thomas J. Kelly, who served as the engineering manager and eventually deputy program manager for the Lunar Module Program at Grumman recalled,  there are six descent stages today sitting on the moon... with a 'Made in Bethpage, New York' nameplate on them. And that’s something that thousands of Grummanites take great pride in.  This is is beautifully displayed in the dark and lit by spotlights, as if you were on the Moon with it.

The "Grummanites" must be so proud of the 6 lunar modules that landed on the moon. This exhibit must be so exciting to see up close. Thanks for sharing photos and the story. betsey