Our Movie Theater is Closed 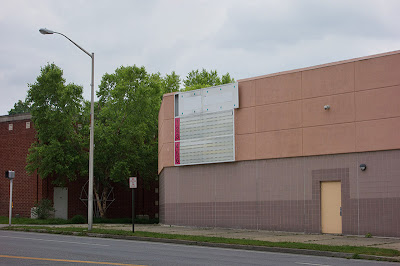 When I moved to Sea Cliff in 1966 there were two movie theaters in Glen Cove, the next town over.  There were both in business for a number of years, then one closed.  Eventually the other closed, and so we had to drive to theaters in other towns.  Then about ten or fifteen years ago, a new theater was built when a redevelopment project took place.  We came here quite a bit because it was so close and had first run movies.  But in the last year or two, every time we saw a movie, there were very few people in the theater.  And a week or so ago, driving by the back of the theater, we realized that there were no movies listed.  It's gone.  The theater is closed.  I am not sure why it failed - are people only watching movies at home online, or on DVD?  The other theaters we go to seem pretty busy.  It is a mystery.

We stopped going to the movie theaters because we were always surrounded by people who would have full-blown conversations, use their phones so you'd see a bright light that distracted from the movie, and if it was in the afternoon, kids would be running in and out of the room. So annoying and unpleasant, especially when you're paying $30 to see the movie. We decided to go back recently and tried the first morning show. Not only was it discounted, but there were a total of five people in the theater - including us! The movie was so enjoyable, if only because we didn't have to put up with noise and conversations. If Glen Cove had the same problems, maybe people got fed up like we did and decided there was something else they could do with their money. Of course, maybe the people who ran the theater were bad business people. It's a shame, though, when a local business can't make a go of it.

Besides the rudeness of audiences (notice that instead of applauding, people in TV audiences now howl or scream their approval... ), there is another factor entirely- many movie theaters in "small town" locations have been closed by the major film distributors who only provide new releases in digital. No more film stock, just a hard drive. If a small-town theater can't afford to convert entirely (and meet the "standards" of various optical and audio specs) then they have no choice but to die.