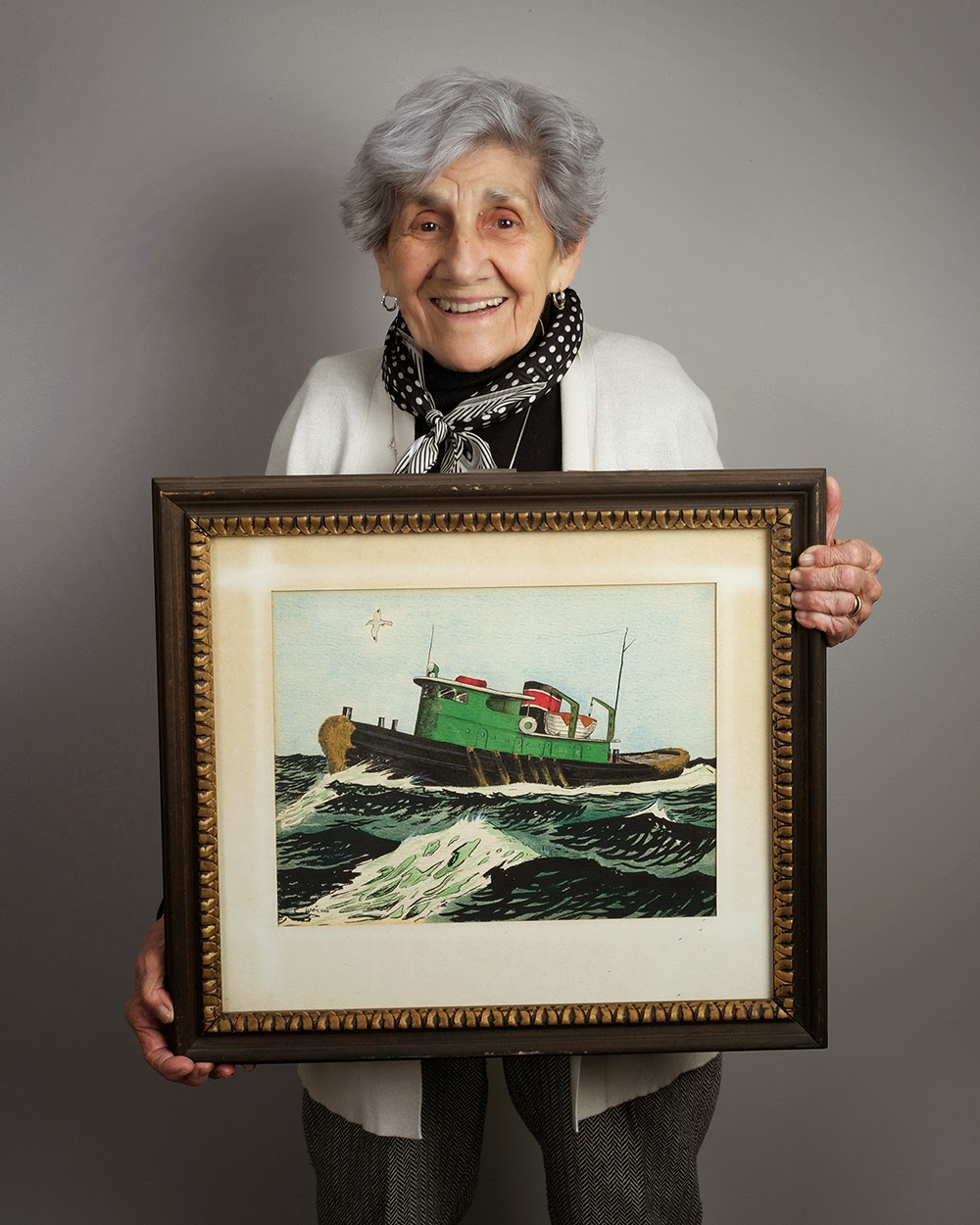 I thought I would show you one of the portraits I took for the exhibition at the library.  This is Lucy, and she is one of my favorites!  So the story is that there was a huge sandpit in Port Washington, which I have spoken of before.  They started mining sand there in 1880, and continued until 1989.  It is estimated that 80 percent of the concrete used in New York City was made from Port Washington sand.  The sand was loaded into barges, and towed to Manhattan by tug boats like the one in the painting that Lucy is holding.  Her husband was a sand miner in the sand pits for most of his life!

Love the story and the photo Lucy is holding. How long will the exhibit run?
Joan

Good question! Actually I don't know. I am headed over to the library today, and will ask.