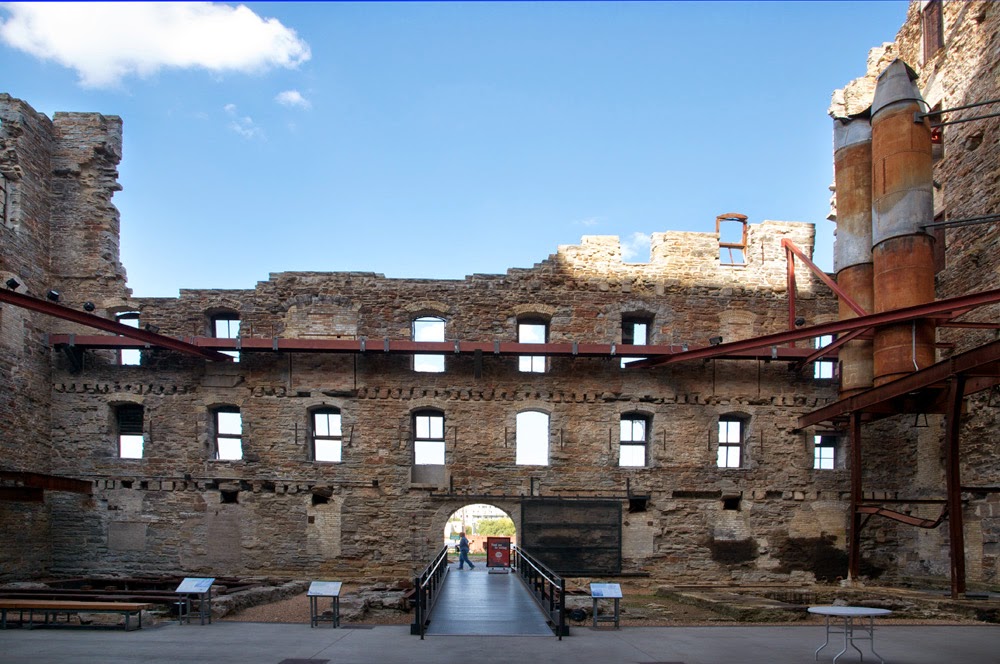 You are looking at the ruins of what was once the largest flour mill in the world.  It is the Washburn "A" mill, located on the banks of the Mississippi River in Minneapolis.  It once was eight stories high and was built in 1880.  General Mills shut the mill down in 1965 and it was abandoned.  Homeless people moved in, and in 1991, a huge fire burned the mill nearly to the ground.  Fortunately some forward-looking people in the city saved what was left, stabilized the ruins with steel beams, and turned the remains into a museum about the founding and growth of Minneapolis, especially flour milling and the other industries that used water power from Saint Anthony Falls. It is an amazing place to visit.  After spending a couple of hours in the museum, you can go outside to the banks of the Mississippi and view the falls, and the Stone Arch Bridge, and see some more ruins where other water-powered mills were located on the river bank.
Posted by Ken Spencer at 9:52 PM

Very interesting. Is there another closed building that houses the museum? Where is you photo of the river & bridge?
Joan

Looking forward to photos of the falls and the bridge...bsk