The Lecture at the New York Public Library 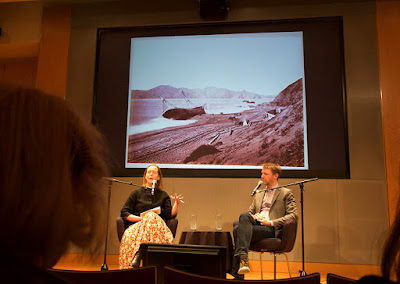 This was the lecture that I went to see in Manhattan the other night.  It was at the New York Public Library and it was also sponsored by the Museum of Modern Art.  The speaker was Tyler Green who has written a book about the 19th century photographer Carleton Watkins, called "Creating the West: the Photography of Carleton Watkins."  He focused mainly on landscape photography and Yosemite Valley was a favorite subject of his. His photographs of the valley significantly influenced the United States Congress’ decision to preserve it as a National Park.  The woman on stage is Sarah Meister, a curator at the Museum of Modern Art.  It was a great program!

I will definitely be looking up to see more photos by Carelton Watkins :-) betsey