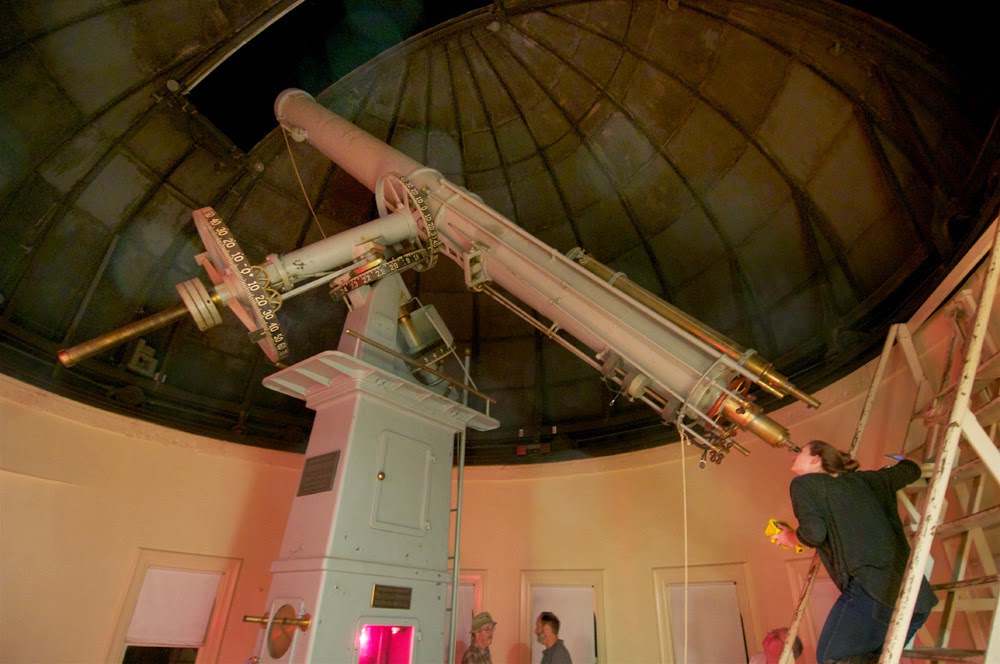 This is a magnificent historical telescope, still in use at the Goodsell Observatory at Carleton College. The lens was made by John Brashear, of Pittsburgh, Pennsylvania, back in 1890. When it was installed, the scope was the sixth largest in the U.S. and the 12th largest in the world.  It is 22 feet long, and weighs 27,000 pounds.  We got to observe through this telescope on two nights.  This is Taylor, the student who operated the telescope for us. 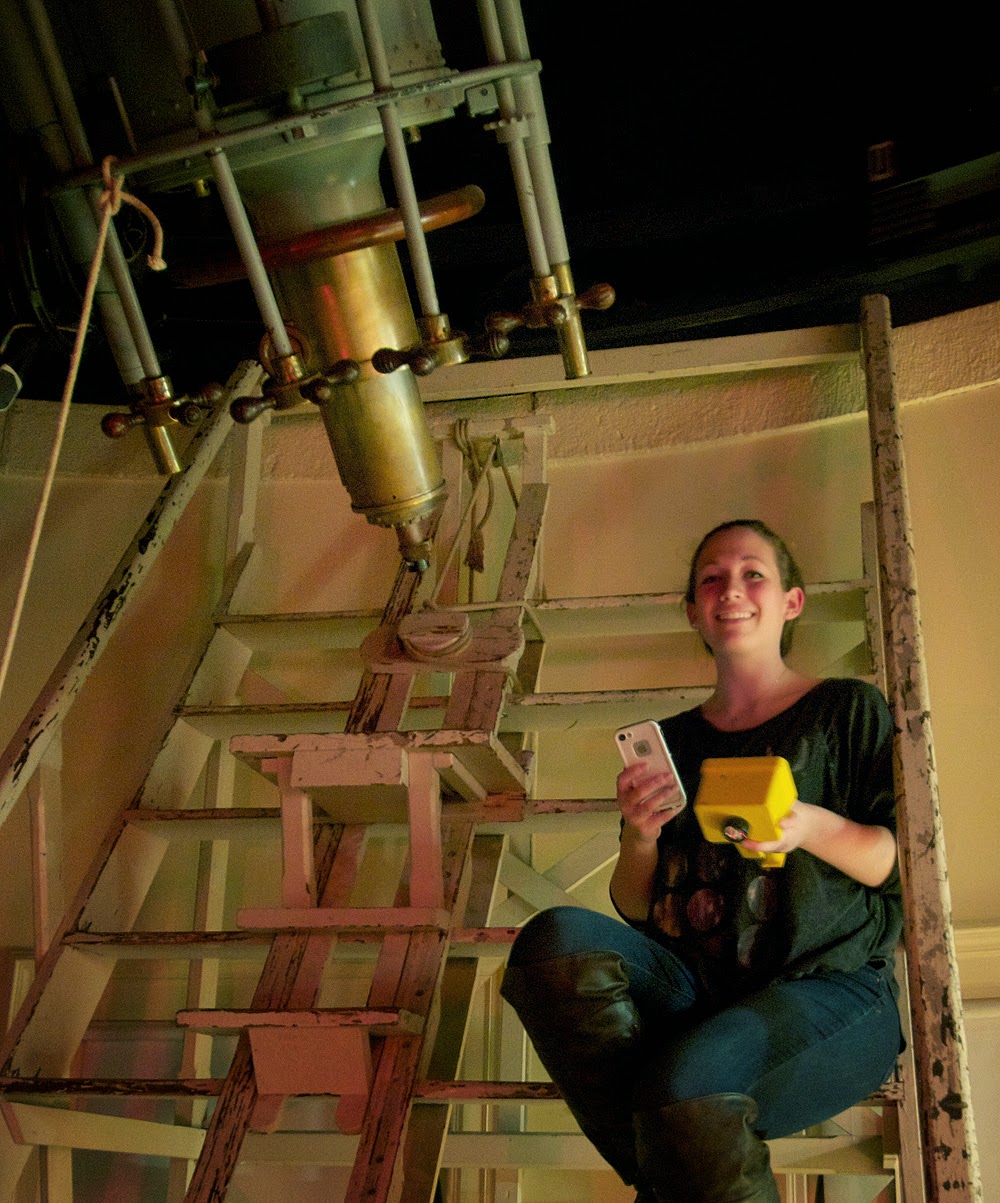 In order to find astronomical objects in the sky, you need to know the Right Ascension and Declination of the object, which is the sky's version of Longitude and Latitude. So what's really cool is that Taylor is sitting at the eyepiece end of the telescope, and using her iPhone to find this information!  How's that for a comparison of two different technologies that are separated by one hundred and twenty four years!  If you are curious, the yellow instrument she is holding controls the rotating dome - she needs to keep the opening in the dome in front of the telescope at all times.