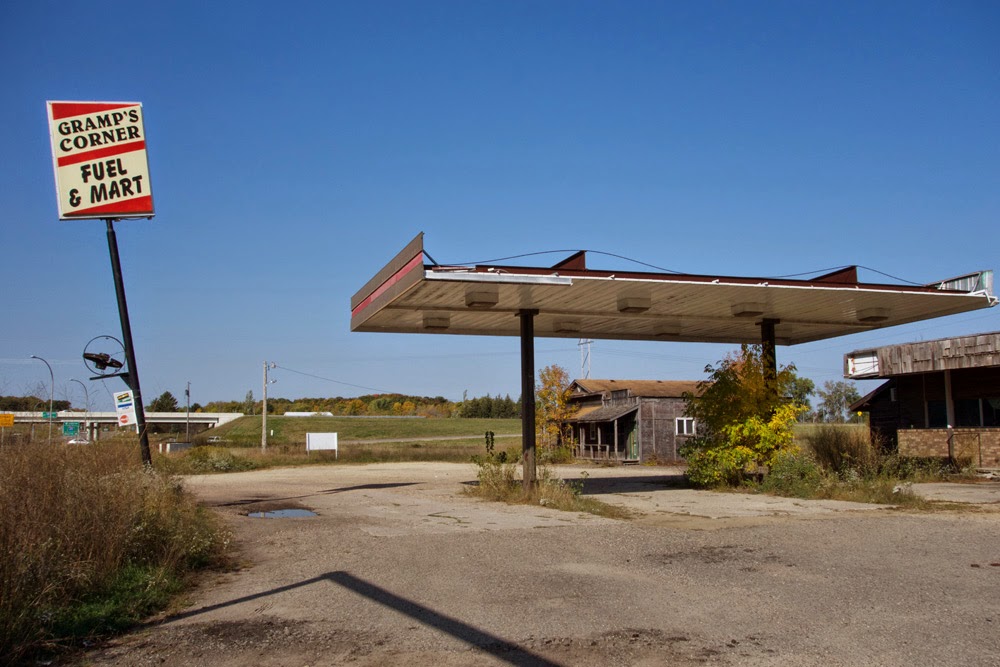 Where's Gramps?  Where's the fuel?  This was a gas station and the remains of a mart right next to Interstate 35 leading to Minneapolis, and seven miles outside of Northfield.  It looks as if it has been abandoned for quite a while now.  Not sure what happened to Gramps.  Of course I love nothing better than photographing any kind of ruin.  I made this photograph fairly early in the morning on the way out of town, and stopped again later, on the way back, when it was overcast.  I have some nice close up views of some of the buildings in overcast light, but this seems to be the best version of the overall scene.
Posted by Ken Spencer at 9:47 PM

Love these type of pictures as well - looks like a scene from The Walking Dead.

I think Gramps closed the place down when the EPA came in and told him he had to replace his old rusty and leaking underground fuel tanks - a crushing expense for a little Mom & Pop gas station! Did you happen notice any old sign on the property indicating what the price of gas was?