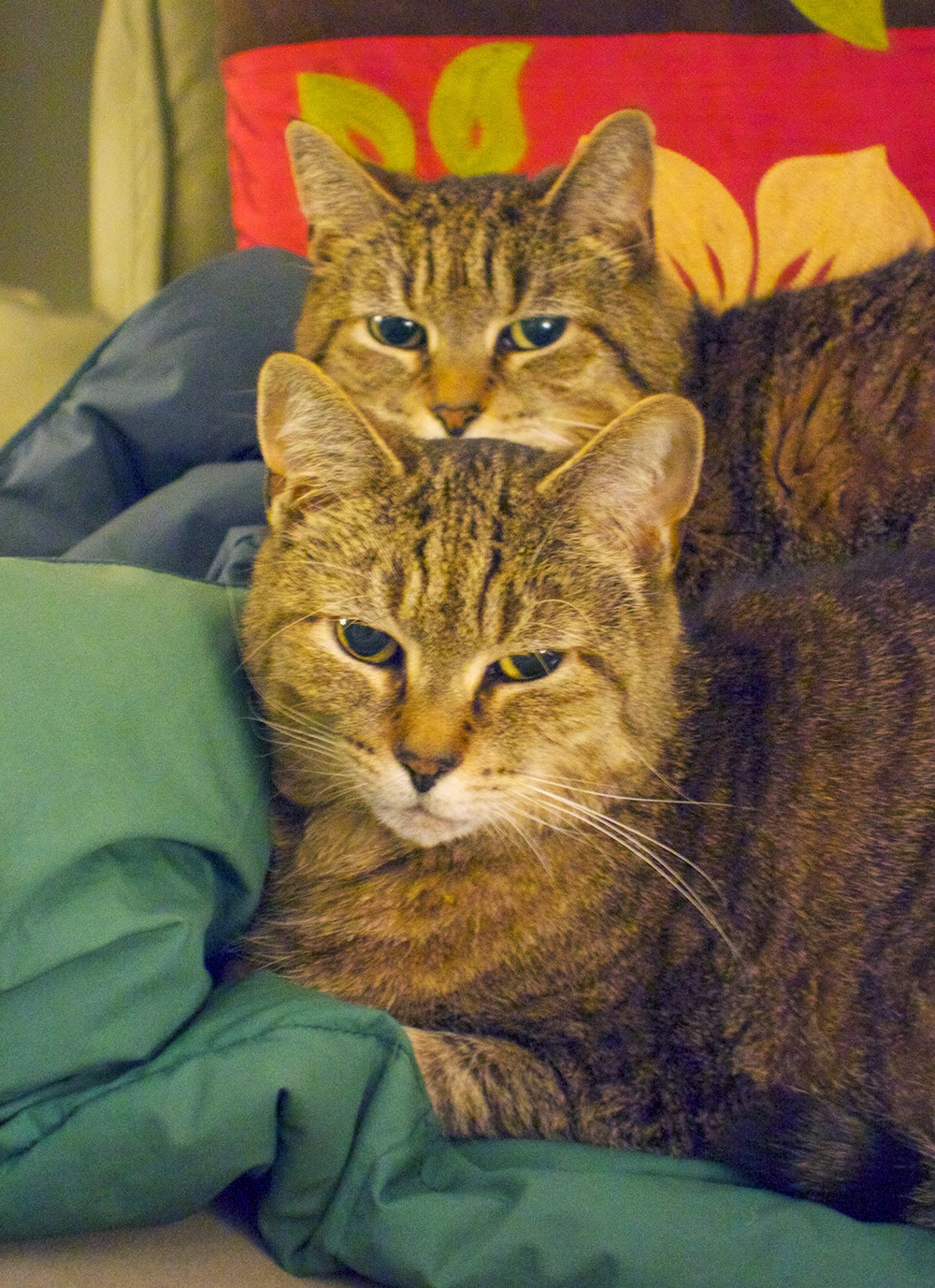 The kitties are so funny.  Sometimes - most times - they are friends.  But sometimes they use their paws to bat each other.  And most times they find separate places to sleep and take their naps.  It was so amazing to see them today lying next to each other to nap.  They rarely do that - most times they are in separate parts of the house.  Sometimes they are on the same couch.  But today was really unusual.  What caught me was from where I was sitting, their faces were in tandem, and I thought that was so cute.  The trick was to get the camera without them moving.  I was able to do that, and you get to see this.

Cute. Nice to snuggle on a rainy day.
Joan

Inquiring minds (really just Sam) would like to know how the kitties came to own identical pajamas.